Recently Center for Critical Public Health got the opportunity to have a table at the Pride in the Park Health and Wellness Fair. Happy 4th Anniversary and a huge thanks to the Oakland LGBTQ Center for organizing the event and welcoming us to share space with groups like the HIV Education and Prevention Project of Alameda County (HEPPAC) doing vital work in the Bay Area! Beautiful weather and lovely people made for a day of much-needed community celebration and resource-full-ness by the lake.

At the CCPH table we focused on getting the word out about our Tobacco Harm Reduction Study and answering questions folks had about our work. Alongside getting to chat with people about the study and our research group, I also loved learning about some of the other organizations in attendance.

What resources have you found helpful or supportive? Let us know in the comments below.

I found out about ProjectQ, a non-profit founded in LA that provides affirming haircuts and other services to LGBTQIA+ young people experiencing housing insecurity. The booth across from us was run by One Degree, an online hub connecting people to all kinds of resources, social services, and local support. After the celebration we made sure to add both of these, along with HEPPAC’s harm reduction services, to the Community and Emergency Resources List we provide to participants in our studies. I feel a bit remiss for not having these orgs on my radar sooner, but, better late than never! Glad I can pass the info on now.

During set up and throughout the afternoon I also got to know our table-neighbors, who were there telling people about an online survey being conducted on experiences of inclusion, exclusion and representation in the Castro. I was excited to hear about these efforts for gathering community input because participants in our studies with LGBTQ+ folks over the past 5 years have highlighted these issues repeatedly in their narratives on identity, community, and stigma.

Check out this recent blog post for more on what some participants in our study about drinking among LGBTQ+ young adults had to say about their experiences of Castro bars.

Participants in our previous study on stigma and smoking among LGBTQ+ adults had a lot to say about the Castro. In that study, much like our more recent study about drinking and intoxication among young LGBTQ+ adults, some folks related fun times and a sense of freedom, while others told us about experiences of often intersecting racism, classism, transphobia and misogyny. Issues of inclusion, representation, and stigma in LGBTQ+ communities are obviously not just limited to bars and social gatherings though.

For example, one participant, Ralph, had lived in San Francisco for most of his life, and was 58 at the time of the interview in 2016. He told me about some of his experiences as a Black, gay, cis man in the Bay Area:

Definitely, as a man of color, I don’t feel accepted in San Francisco. I go to the gay and lesbian center, and basically, they follow me around. So, I don’t even go there. When I go to the Castro, I’m viewed as a thug, and I’m anything but a thug. I’m very educated, but then, I’m viewed as an educated thug. So, not too excited about [that]. There are a lot of good gay people in San Francisco, but the majority aren’t too friendly to people of color.

I’m really pissed off, where the kids hang out in the Castro — there was some benches right at Castro & Market. So, the powers that be took them out so they can’t sit there. So, now, the gay kids have nowhere to sit. Yeah, it’s kind of ugly.

A lot of the gay organizations here in San Francisco act like they are all-inclusive, but they’re not. And I’m the type of dude — I don’t care if there’s nobody Black there. I’m going to go because I’m doing something for me or I need to do something with a nonprofit, and a lot of the times when I go to these places, it’s really — they’ll look at me like I’m crazy. So, when I went to get an application [for a new LGBTQ housing program], the dude looked at me five or six times. He was, “You sure you want the gay application?” And I’m like, “What? A Black guy can’t be gay?”

Marisol, a 22 year-old Xicana, queer, femme participant, moved to the Bay Area after growing up in the Central Valley, where her parents have been farm workers since immigrating 40 years ago. She shared that she “wanted to move out here to meet other – mostly other queer people” because she “had the idea that over here it was going to be more accepting, more open-minded.” She referred to this idea as “you know, the Bay Area dream.” However, she found that:

To a point I can be more myself here, but […t]here were a lot of points where I was very disappointed in that idea [… Y]ou know, specifically San Francisco wasn’t very much – I wasn’t really accepted, it was more mainstream gay, white upper-class people were accepted. So I was disappointed, but I feel like I learned a lot. […T]he places where I was accepted were definitely when there was more people of color. In the East Bay, I feel more like it’s less – well, it’s become more bougie now, but it’s definitely not as Castro-y. I have met people through school or just through like, activist groups. Those are the times when I felt more accepted because I actually chose who I was surrounded with and they actually related to me with my experiences. They weren’t just like, just because we are gay, we are all cool. You know?

In addition to being a queer woman of color, Marisol also identified being low income and struggling with depression as major parts of who she is that impact how she experiences the world. After describing her experience of coming to the Bay Area, she went on to explain how intersectional community dynamics – and especially racial representation – impacted her use of support services:

The therapy place that I go to is for queer people. […] So besides it being a counseling place, it’s also a community space and specifically – like I said, specifically caters to the LGBTQ community and there is like, the rainbow flag is outside and everything.[…] So they have lots of groups and it’s supposed to build a community with all the different people in that community. I have never gone to the groups because I don’t feel like – I kind of want to go, but I’m like, what if I – I don’t know. Usually a place where it’s counseling and therapy, usually it’s not people of color who are in there; it’s usually white people. I don’t want to go to a queer femme support group and be the only person of color there.

These interviews took place before the Oakland LGBTQ Center opened, and issues like those raised by these participants were a fundamental motivation for the Center’s founding. Vital services geared towards LGBTQ+ folks are often accessed through white-led organizations (PDF) and/or are more accessible to a white clientele. Participants in our stigma study not only stressed their need for resources related to housing and employment, but repeatedly underscored the importance of racial equity and intersectional representation in making services accessible and appropriate.

What resources have you found helpful or supportive? Feel free to leave a comment with organizations, programs, or other resources we should know about! 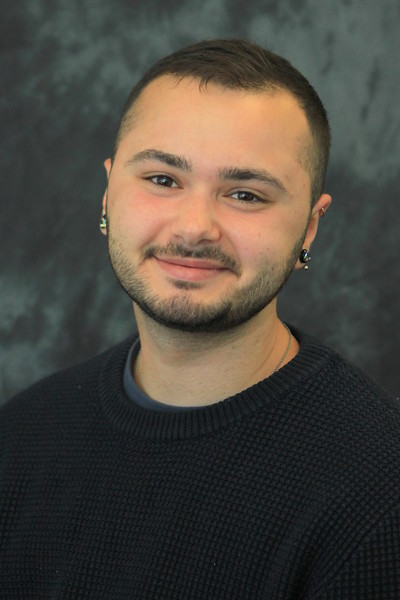 Em Sanders
Em has been working as an interviewer, research assistant, and project
manager with the Center for Critical Public Health since 2016. In 2019
he began managing our LGBTQ+ Tobacco Harm Reduction Study, and spends most of his time conducting interviews, analyzing participant
narratives, facilitating a Community Advisory Board, and fostering
relationships with local organizations. Em has a Bachelor’s Degree in
Anthropology from UC Berkeley, where his interests centered on
critical medical anthropology and LGBT/Queer studies.