Now moving on to perhaps our more controversial project in the tobacco field, the e-cigarette study funded in 2015 by the California Tobacco-Related Disease Research Program. When I found out that this study had been funded, my research team almost had to give me oxygen because the critical aims of our study were going to be situated within a highly politicized and highly publicized controversy surrounding how we should be thinking about e-cigarettes within public health. 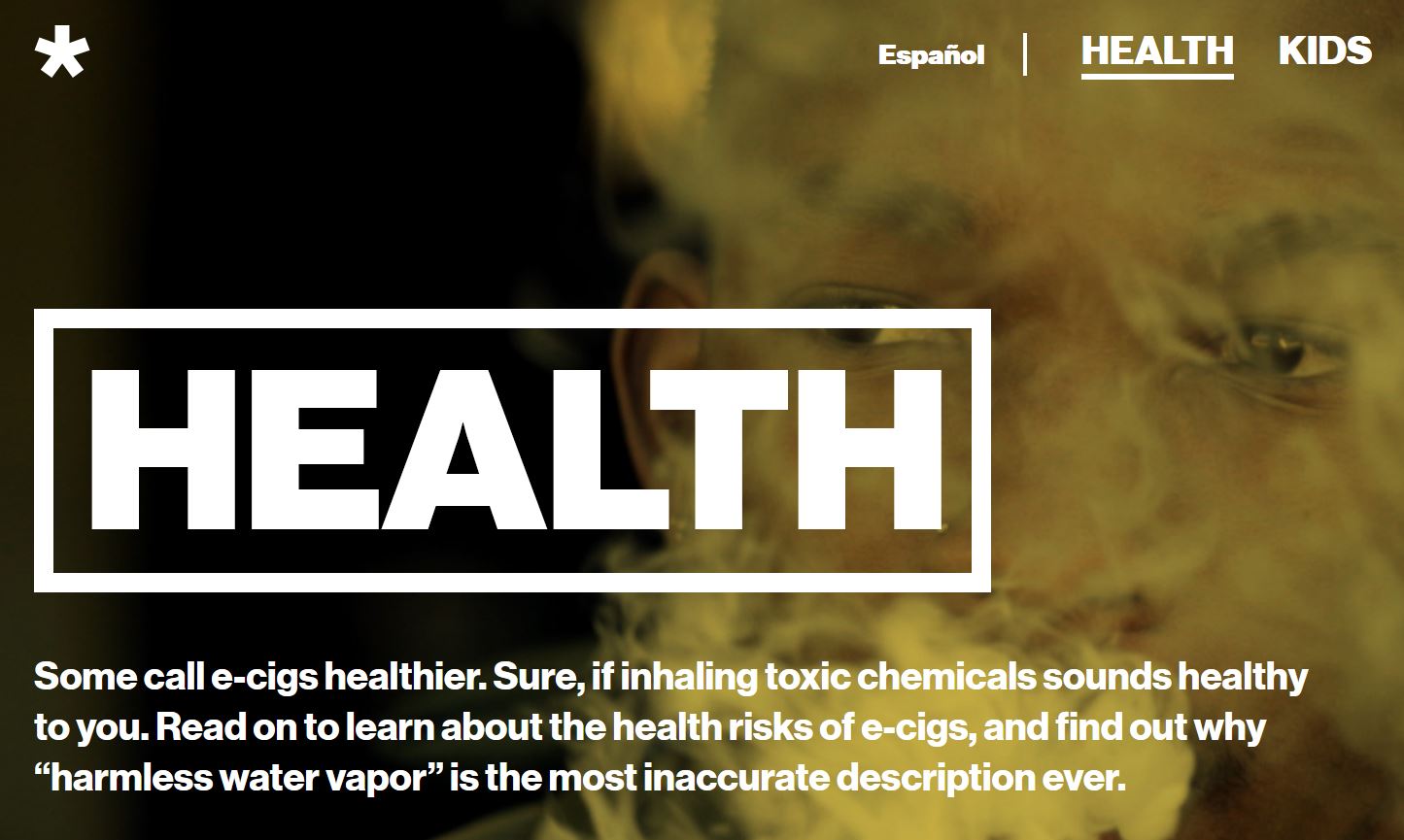 On one side we have researchers, activists, and practitioners who may be described as taking a precautionary approach to e-cigarettes, which is essentially a “guilty until proven innocent” perspective, and I would argue that this perspective has great traction in California.10 At the time of funding for our project, there were a number of efforts to dissuade any use of e-cigarettes. For example, a highly visible media campaign refers to e-cig vapor as “toxic vapor” and that vaping is “still blowing smoke”. And this is pretty misleading given that even then, e-cigarettes were widely acknowledged to be much less harmful that combustible tobacco products like cigarettes.