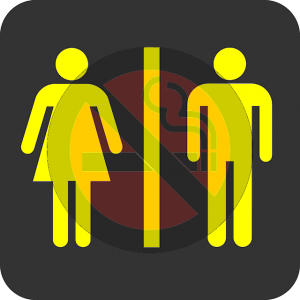 Max told me a lot about smoking. And gender. And freedom.

I wanted to talk with this participant all day, but Max is in a band and had to leave to get ready for a gig.

I felt connected to Max in a way I can’t make sense of with words, plus the politics of trying to name that connection are complicated, and even more so by the professional/official context of our conversation. Max expressed experiences that are intimate to my heart and have become foundational to my identity and sense of the world – yet we use different names to describe them. I wanted to share my own experiences and ask what Max thought the difference was, but those are my personal interests and biases that I’m supposed to keep out of the interview: it’s about the participant, not about me. We both got emotional during the interview – sometimes for different reasons, sometimes the same.

At one point though, Max seamlessly boiled down so many of the things we’d been talking about into a rhetorical question that made me laugh louder than I normally would in an interview. The phrase was so relevant I didn’t even realize how truly apt it was to our study on stigma and tobacco control in LGBTQ+ communities until afterwards.

Max said, “Are you smoking in the right bathroom?”

To me, as a trans man and as a smoker, this question consolidates a constellation of others, many of which are accusatory rather than inquisitive.

“Are you in the right bathroom?”
You’re in the wrong bathroom.

“Are you supposed to be in here?”
You don’t belong here. You don’t look right.

“Are you smoking?”
You shouldn’t be smoking. Are you stupid? Do you want to die?
Do you want to kill me?
Are you just rude and careless?

“Are you smoking inside?”
Are you insane? Reckless?
That’s illegal, you’re a criminal, and a menace.
And an idiot jerk.

Are you smoking in the bathroom?
You’d better not be.

Are you in the wrong bathroom?
You’d better not be.

When is it okay to police other people? Their bodies? When does your health come before theirs? How do I explain the similarities of this kind of policing – of genders, of bodies, of behavior, of smoking, of the morality of health – without equating them?

These aren’t all the questions. Not all of these questions are always asked, or even relevant. Most of them never get answered. Sometimes when they are I wish they hadn’t been.

I am very grateful for the honesty, earnestness, depth and complexity that Max brought to our interview. I won’t soon forget it.

Em has been working for the Center for Critical Public Health since March 2016. He is currently completing a Bachelor’s Degree in Anthropology with a minor in LGBT Studies at the University of California, Berkeley. Em received his Associate’s Degree in Interdisciplinary Studies with Emphasis in Social and Behavioral Sciences from Cañada Community College in 2008. He has previously worked in the food service industry and non-profit social services.